DENALI: Today you will be met in the lobby of your hotel by your escort driver at approximately 8:00 AM, who will assist with your luggage and boarding process. Begin your Denali Fall Colors adventure, with a scenic drive from Fairbanks to Denali National Park. This 2 hours drive offers great views and possible wildlife sightings. Upon arrival in Denali National Park, you may choose one of the following two adventures:

Click the optional title below to show and hide details.

Everything about Denali National Park is big: the scenery, the mountains, the incredible beauty, and the animals. Early this morning, you will embark on the Denali Park Tour, an excellent way to spot the wildlife for which Alaska is so famous: moose, bear, wolves, caribou, dall sheep. It is a fascinating 6 to 8 hour motorcoach tour into the park. A snack and beverage are included. It is the only way to enter the park, as it is a preserve. So bring your camera and binoculars. Mount McKinley National Park was established in 1917 to protect its large mammals, not because of majestic Mt. McKinley. In 1980, the boundary was expanded to include both the Denali caribou herds wintering and calving ground and the entire Mt. McKinley massif. This more than tripled the size of the park, and was renamed Denali National Park and Preserve. It was also designated an International Biosphere Reserve significant for the potential for sub-arctic ecosystem research.

EVENING FOR ALL GUESTS:
All guests overnight at a quaint 20 room Inn on a lake featuring private balconies, great pillow-top beds and soaker tubs! Relax and get ready for another day of fun. 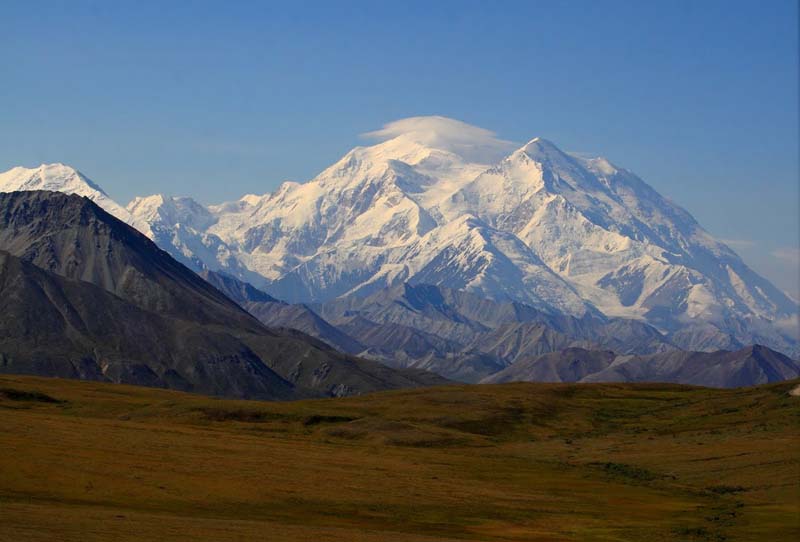