Denali is an Athabaskan word meaning The High One. The mountain is officially named Mt. McKinley but is also referred to as Denali. Mt. McKinley is the highest peak in North America at 20,320 feet. It creates its own weather system and is often covered in clouds. Mt. McKinley is only visible about 1/3 of the time, so visitors to the park only have about a 30% chance of viewing Mt. McKinley.

Denali is one of the greatest wildlife viewing areas in the world. Visitors have a chance of seeing grizzly bears, caribou, moose, Dall sheep, foxes, and wolves. Many smaller animals also inhabit the park such as arctic ground squirrels, hoary marmots, pikas, snowshoe hares, and beavers. For those interested in bird watching, there are a variety of birds that migrate to the park for the summer. The list includes arctic tern, American golden plover, long tailed jaeger, the surfbird, arctic warbler, the wheatear, willow ptarmigan, golden eagles, and ravens. Approximately 150 species live in and around the Denali area during the summer months.

This evening, dinner is at a local hot spot featuring the bus from the movie from “Within the Wild”.  Overnight again in the Denali area. 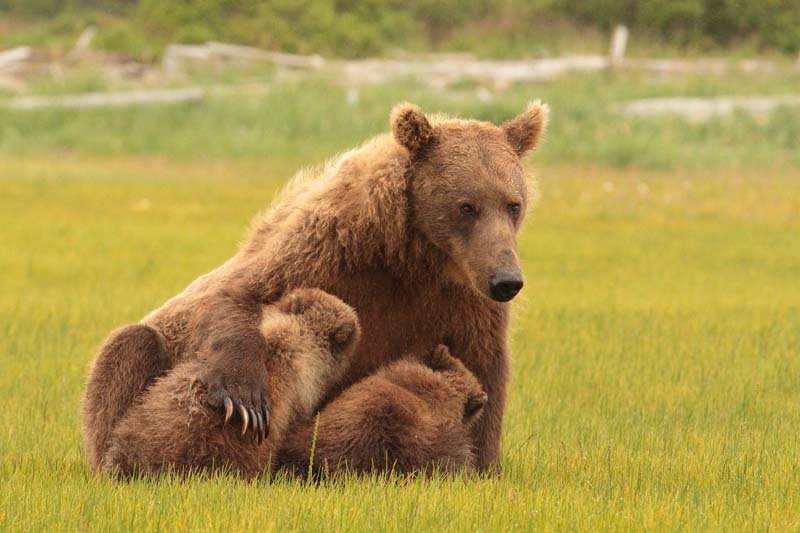