DENALI WILDLIFE PARK TOUR: Everything about Denali National Park is big: the scenery, the mountains, the incredible beauty, and the animals.

Early this morning, you will embark on the fully guided and narrated motorcoach tour of Denali National Park. This is the only way to enter the park, as it is a preserve. Lunch and beverage are included with your tour. This is an excellent way to spot the wildlife for which Alaska is so famous: moose, bear, wolves, caribou, Dall sheep. It is a fascinating 12 hour Motor coach tour into the park. So bring your camera and binoculars. 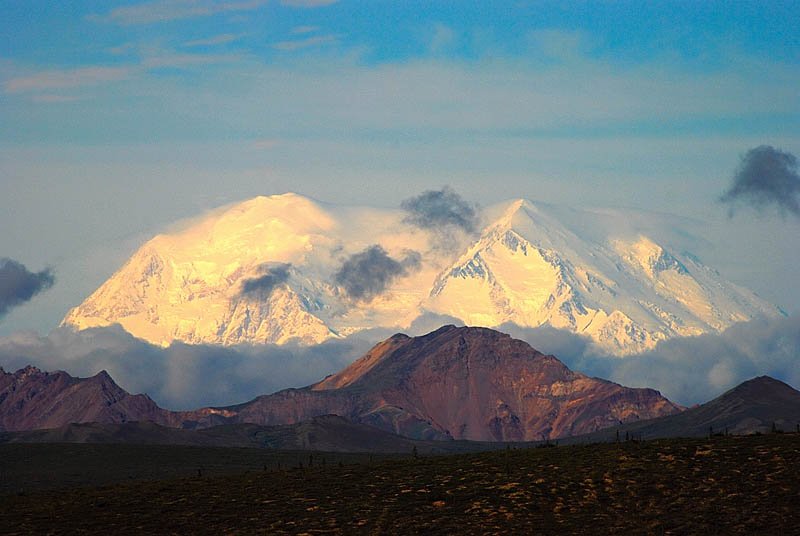