DENALI: Everything about Denali National Park is big: the scenery, the mountains, the incredible beauty, and the animals. Early this morning, you will embark on the Denali Park Shuttle Tour, an excellent way to spot the wildlife for which Alaska is so famous: moose, bear, wolves, caribou, Dall sheep.

It is a fascinating 6 to 8 hour motorcoach tour into the park. This is the only way to enter the park, as it is a preserve. So bring your camera and binoculars. Be sure to pack a picnic lunch and beverage as there are no services in the park. These can be purchased at several of the local restaurants the night before, at your hotel or at the local grocery, Canyon Market & Cafe.

Denali is an Athabascan word meaning The High One. The mountain is officially named Mt. McKinley but is also referred to as Denali. Mt. McKinley is the highest peak in North America at 20,320 feet, , so often covered in clouds. It is only visible about 1/3 of the time, so visitors to the park only have about a 30% chance of viewing Mt. McKinley.

This evening is at your leisure, you can choose to have dinner at area restaurants. Overnight again at your Denali lodging. 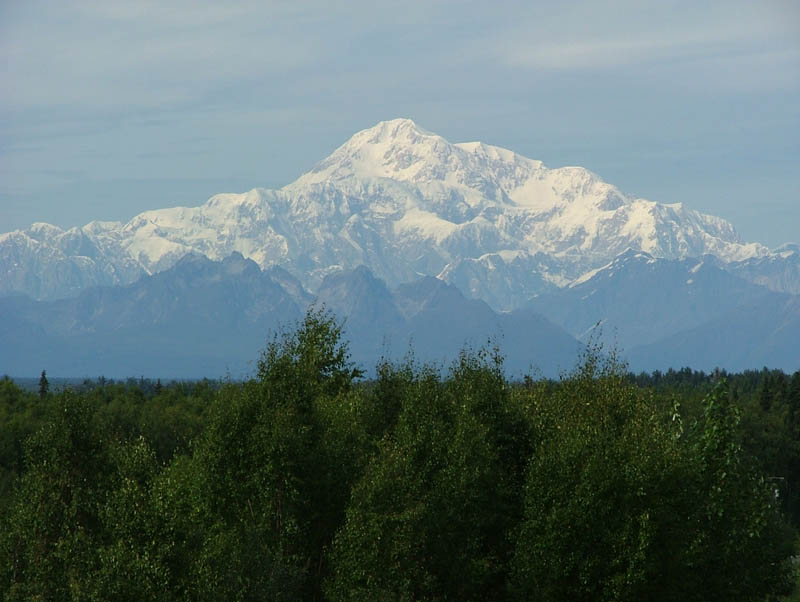